Crates of fresh fruit and vegetable, antique china dolls with real hair, notes and coins of all manner of currencies, exotic spices, English bone china sets and second-hand books. All this and more can be found at Mercado de San Telmo, a historic market located in the eponymous neighbourhood. 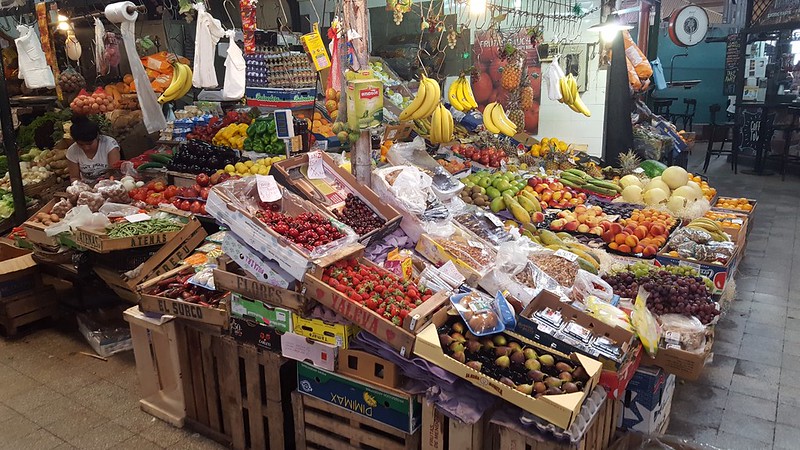 Local famed architect Juan Antonio Buschiazzo designed and built the produce market in 1897 to cater for the growing population of San Telmo, mainly immigrants like himself, I picture the market at the time as a kind of Babel tower. I’ve always wondered how people from different cultures, especially those fresh off the boat, managed to communicate before they mastered the Spanish language. They probably got together with their own kind at first. 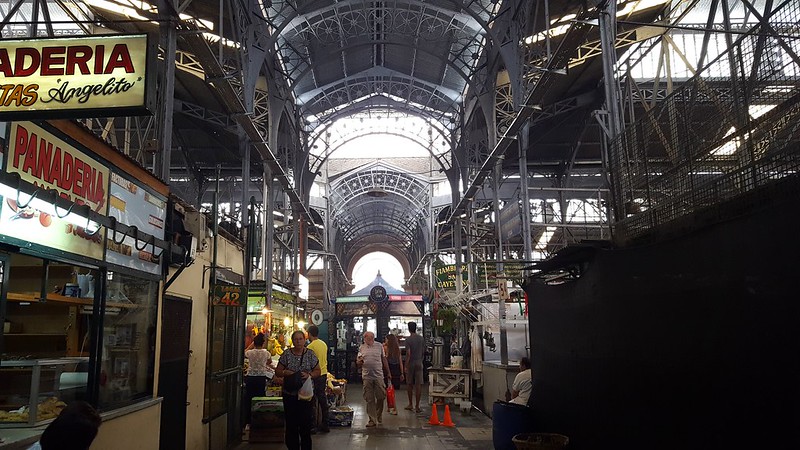 There are still fresh produce stalls open every day on the Bolívar-Carlos Calvo arm, the oldest part of the building. The construction was declared national historic building in 2000 and thus protected by law. The original glass cupola still marks the centre of the market. The arches, metal columns, and beams as original as well. It reminds me of some Victorian London markets.

The section that opens up onto Defensa and Estados Unidos streets was added in 1930. This is where the majority of the antiques stalls can be found. We came here on a Wednesday and only a few were open. Weekend trade seems to be better and more worthwhile. We found some old cameras, including a couple of Polaroids. My two teenage nieces looked at each other and exclaimed “That’s so like Instagram!” yup, the Instagram logo looks like one of the Polaroid models. 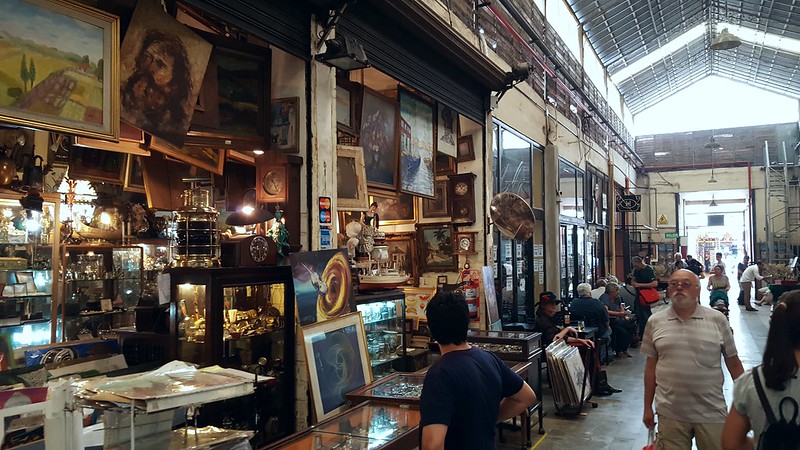 To make the experience even more colourful, I took my husband and nieces to the Pedro Telmo bar (Bolívar 962). It’s a classic porteño tavern, which we call bodegón. The brick coffered ceiling spoke of the building’s age. It’s part of the market so it dates from the late 19th to early 20th century. Football club pennants cover an entire wall. The homemade food was good and service was friendly. At one point, I was going on about the history of the building and I asked the girls if they were interested at all. One of the said “Not right now, but I’ll remember this when I’m older.” I felt so proud! 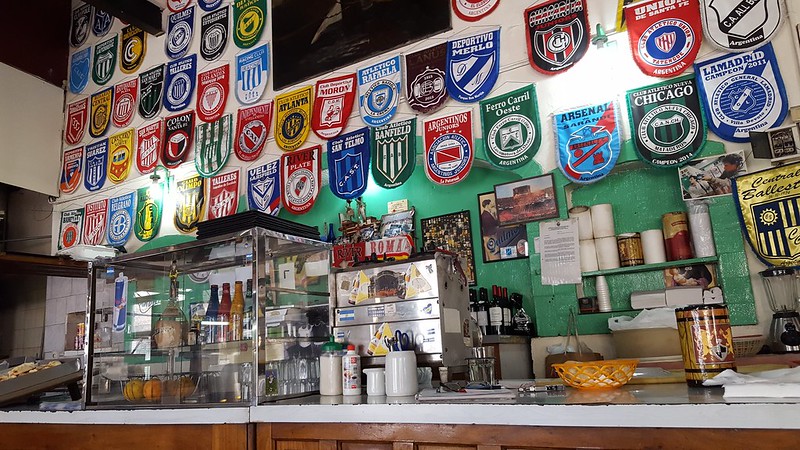 The Mercado de San Telmo opens every day and is cash only.
It is located in the block defined by Carlos Calvo, Defensa, Bolívar, and Estados Unidos streets.