Durham castle and cathedral sit on a hill over the River Wear.  The view from the top is beautiful, but in the past, they were probably more concerned with defense than with pretty views. The river meanders in such a way that it forms a sort of peninsula.

One day we, by which I mean I, decided to take a stroll along the river and go around the peninsula. We went down Saddle Street towards the river and went down the steep steps of a narrow passage located between an Italian restaurant, Bella Italia, and The Carphone Warehouse. Durham streets can be hard to navigate if you have mobility problems.

At the bottom of the steps, we faced a fork where two paths began. The lit path goes uphill towards the cathedral and the castle and the unlit path goes along the river. We assumed the lower path would be quite flat but we were wrong. 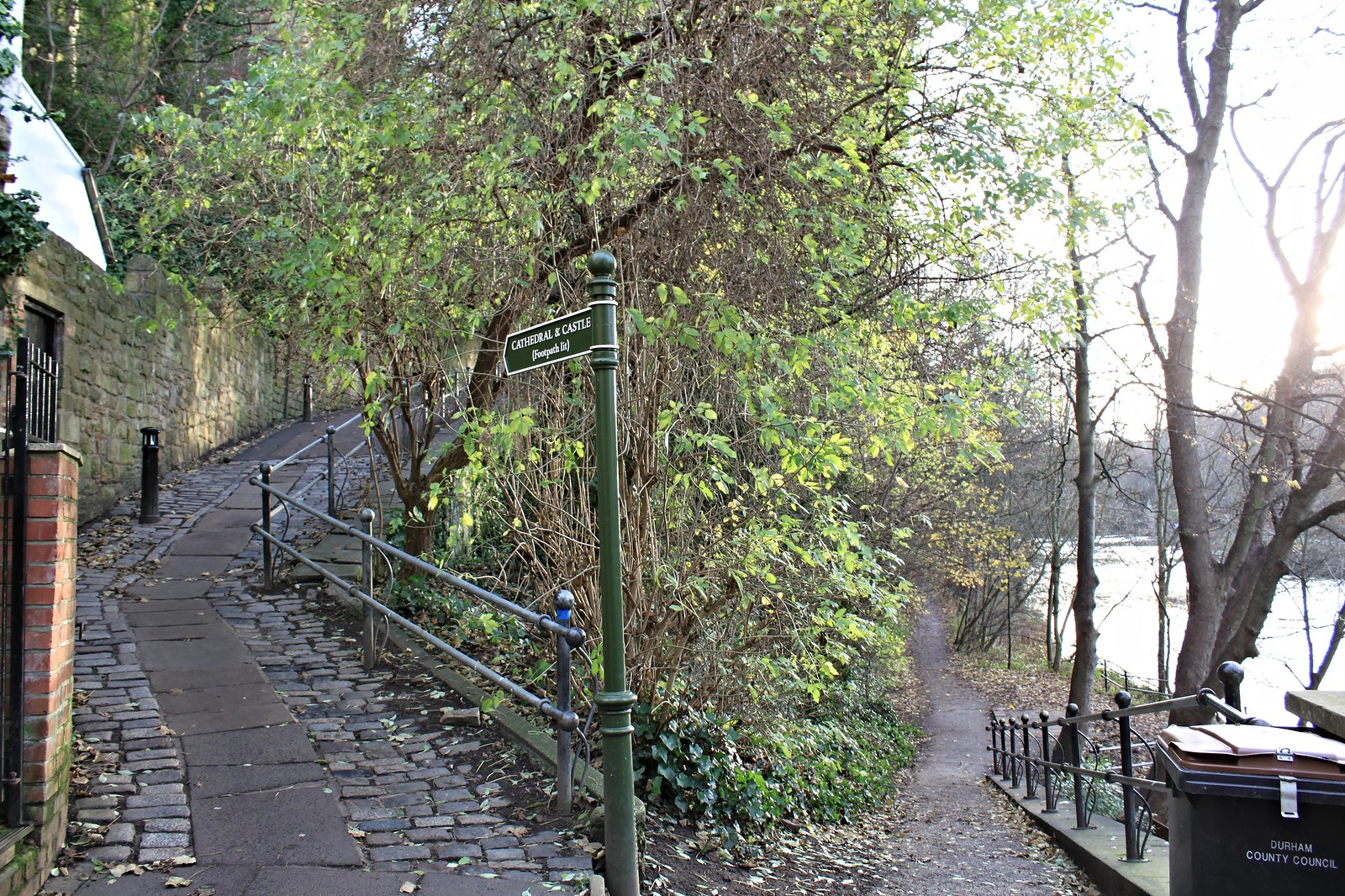 The River Wear flows deceptively calm among the trees. However, floods can be disastrous. For example, one of the many bridges that connect both sides, Framwellgate, dates from the 15th century. It replaced the stone bridge from the 12th century destroyed in a flood.  That gives you an idea of how vicious the river can be. 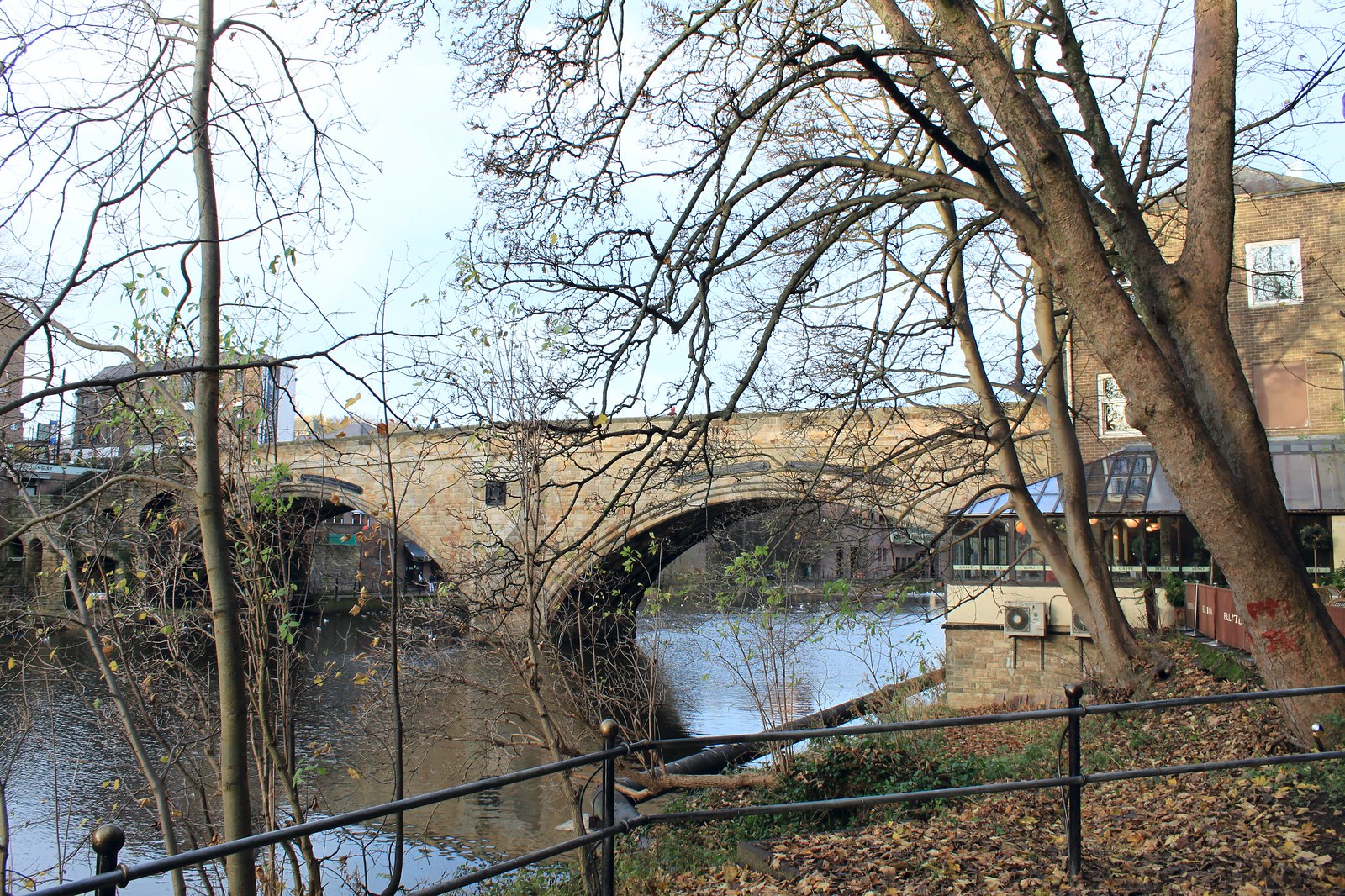 We saw many students rowing, some were clearly learning and some were training for the university’s team. We walked past two boathouses from the 1880’s.

We saw The Old Fulling Mill on a river bend. The archeology museum used to be housed here but they found out that damp wasn’t artifact friendly. 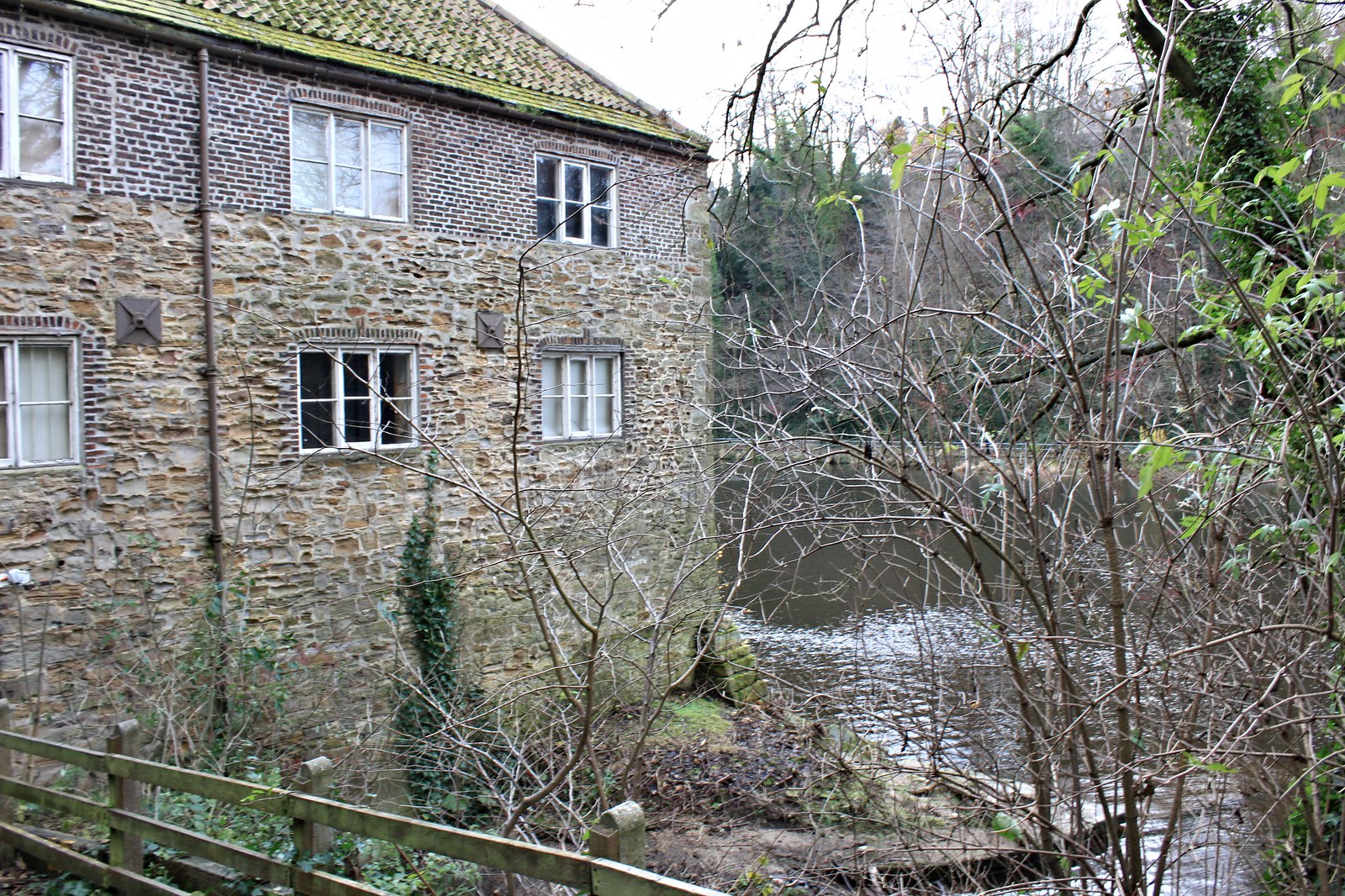 We went past Prebends Bridge, from the 1770’s. Rather new by Durham’s standards, don’t you think? This is the last chance to enter the university campus on this walk. Or it seems that way, at least. 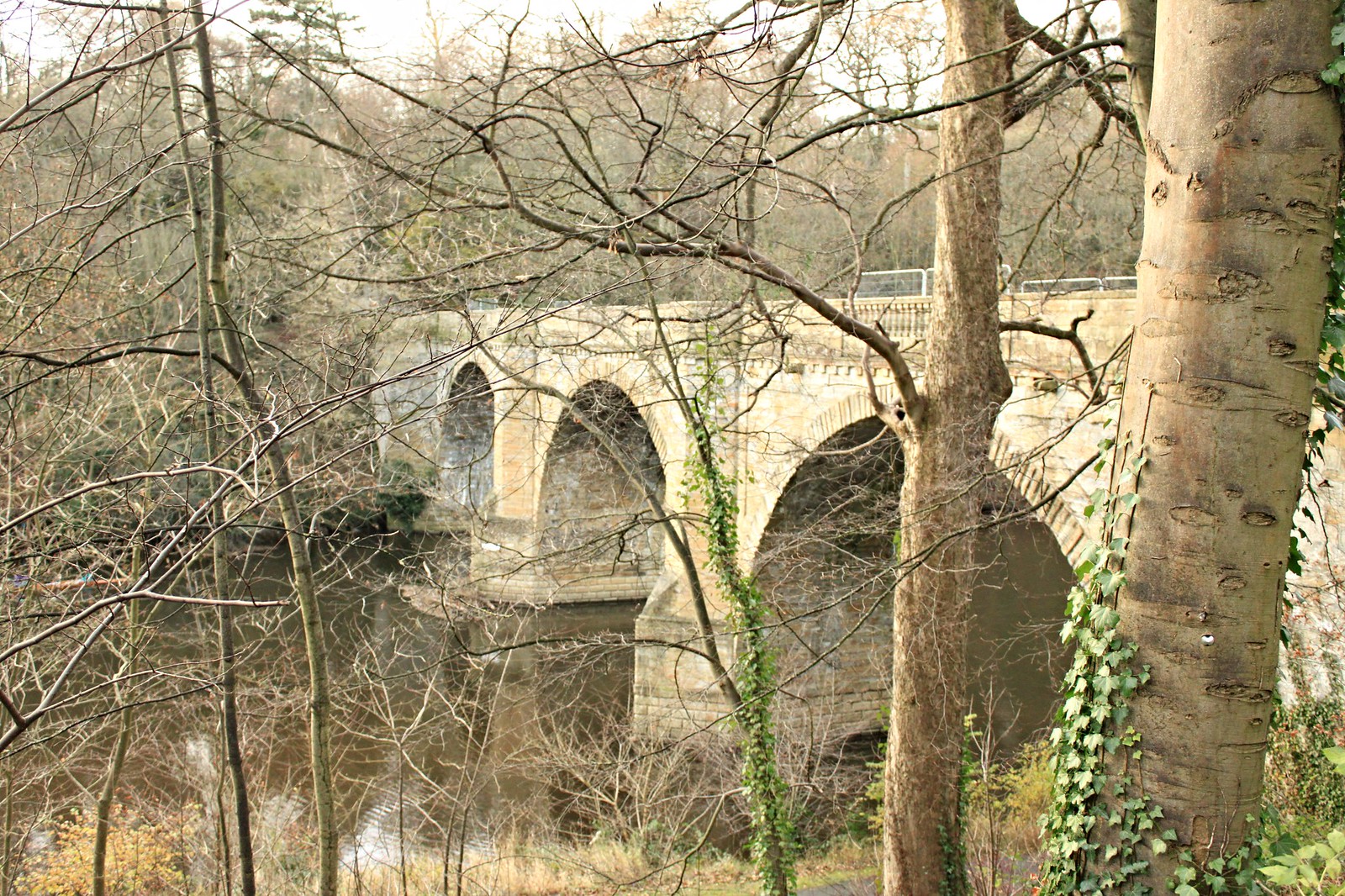 We came across a small house that looked like a Greek temple, known as The Count’s House. The house was built around 1820 as a folly but it may have been used as a home at some point. It looks cold and unwelcoming to me. Nowadays, it’s still a folly. 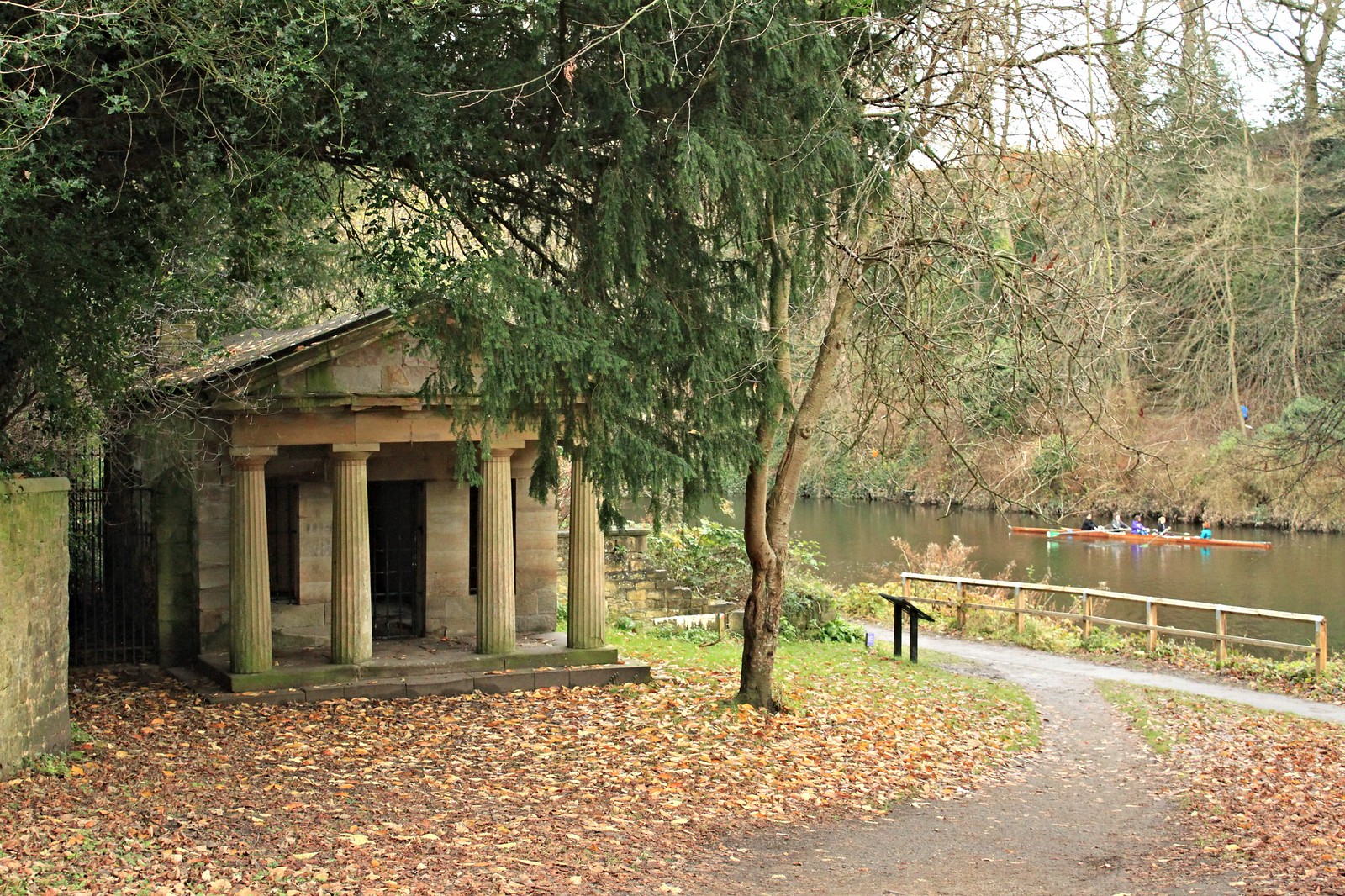 The next landmark on our walk is the hideous Kingsgate footbridge, a concrete monstrosity from the 1960s. You sure can tell where my preferences lie.

Our progress ended at the 12th century Elvet Bridge because our hotel was at its foot. I think this is the prettiest bridge, with its arches and the surviving medieval houses. 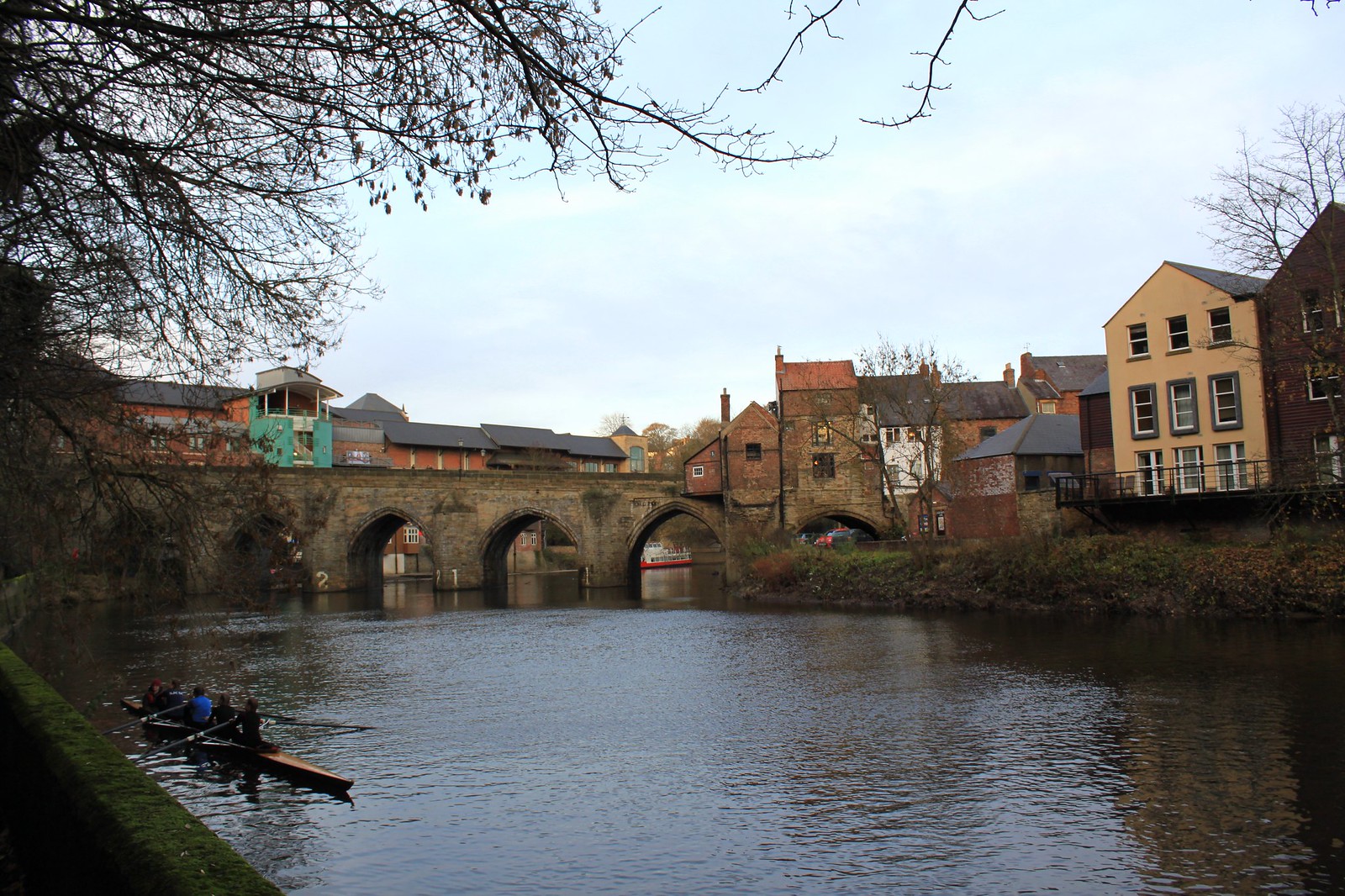 Time for a restorative cup of tea!

4 thoughts on “Strolling along the River Wear in Durham”